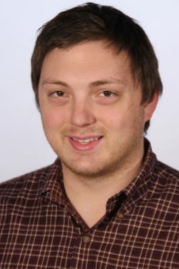 
Hans is a web and database programmer at the Leadership Institute. He joined the technology team in August 2015. Prior to that, he worked in grassroots organizing. Hans founded the Young Americans for Liberty chapter at Kennesaw State University in Atlanta, GA before serving as county coordinator for the Ron Paul campaign in 2012. He was an organizer with Georgia for Liberty, a grassroots campaign dedicated to restoring transparency and accountabity in the GA GOP and briefly served as District Committeeman and member of the Cherokee County GOP Executive Committee in 2013. In August 2013, he was hired as a field representative for the Leadership Institute in Wisconsin before joining the Americans for Prosperity team in Illinois in January 2014 as a field director. In April 2015, Hans joined the Leadership Institute as a regional field coordinator in the Campus Leadership Program.