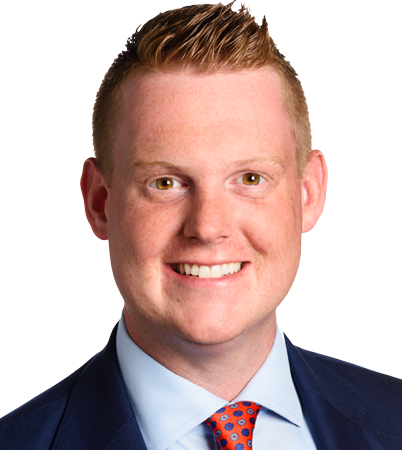 In my recent interview with Andrew McIndoe, we discussed his experience working for Morton Blackwell and how Andrew sees the trajectory of conservative politics. Andrew left me reenergized to further the principles of faith and freedom, not just in my professional life but in all that I do.

Can you tell me a bit about yourself?

I was born and raised in Oak Ridge, North Carolina. I spent 18 years there before making my way to Grove City College in western Pennsylvania. Then I moved to DC right after graduation, and after doing a few internships I landed at The Heritage Foundation where I have worked for almost ten years.

As a former LI intern and now Vice President at one of the leading conservative think tanks, when did you become interested in the world of policy and politics?

My earliest political memory is doing “kids’ voting” with my dad. We went into a little kids’ booth that’s much shorter than a regular booth. And I just thought it was so cool that we could go and have a say. It was neat because you felt like you were able to contribute. Even at a young age, I could feel the weight of fulfilling one of the most important civic duties.

I don’t remember a ton of political conversations around the dining room table. Though we must have had some, because I ended up working on a congressional campaign in high school. I attribute that to the Leadership Institute’s Youth Leadership School (YLS).

I took a YLS binder from the Leadership Institute and basically ripped it off and presented it to this candidate and said, “You need to have a youth campaign.” Working on a campaign plus doing a lot of speech and debate is how I entered electoral politics.

I remember finding Heritage Foundation research and reading it over and saying, “Wow I agree with a lot of this stuff. This is cool.”  It quickly became my go-to source for evidence in the speech and debate world and later in my studies. I never dreamed or thought about working at Heritage someday.

What important skills were you able to develop through your Leadership Institute internship?

During my time at the Leadership Institute, I was fortunate to be Morton Blackwell’s intern. Morton is an exemplar of good character in the conservative movement, and through him I learned the importance of having integrity in all that you do.

This experience working for Morton showed me that I could have a career advancing freedom, liberty, and the principles that make this country great.

If it wasn't for that realization, I'd probably be out selling widgets and figuring out how to make a certain product faster or better. But instead, I found that there is great fulfillment and opportunity in supporting the free market and limited government and winning new audiences over to our side.

And then the actual vocation and the actual work too. To realize that you could get paid to advance the cause of freedom was a remarkable lightbulb moment. I’m a lot more fulfilled working in the conservative space than I would have been if I had started in the private sector like a lot of my classmates.

What were the most useful LI trainings for you?

Getting to go to every single training that LI offered during that summer was a great perk of the internship, and I did my best to take as many as I could.

Certainly, the Comprehensive Fundraising Training was an important one. I wasn't thinking about development as a full-time profession at that point, but looking back, that is one that I think is great even if you don't think fundraising is in your future. I learned what good donor relations looks like. Again, I think about Morton's rule: You can't save the world if you can't pay the rent.

As a leader within the conservative movement, who are some of the people who helped you most to get where you are today?

I’ll just praise Morton Blackwell. He lives out his laws of the public policy process. What he says about "expanding the leadership” and “giving them a title and getting them involved” is great. I believe that he exhibited that advice well with me as an intern. While getting to work on special projects for him, he would share his wisdom and advice.

He played an instrumental role in guiding me into the conservative movement and taught me some of those early lessons that have made all the difference in my career. I'm particularly grateful to Morton for that.

As the Vice President of Development for The Heritage Foundation, what has your position taught you about the conservative movement?

I think that too often our movement is focused on what happens inside of the beltway. And so, with 500,000 Heritage members across the country, a couple thousand in every congressional district, you need to speak into what's going on in the policy-making process and get them a channel or vehicle to do that.

Are there changes we should be on guard for as a movement looking forward?

First, I think the movement is about a lot more than just one person. It’s about policies, and we need to winsomely articulate what those policies mean and tell really great stories about what it means for people on an individual basis.

We've got a huge opportunity in a post-Covid education space, and if we don't take advantage of that we will have missed a once-in-a-generation opportunity to change the conversation about education. That’s something I’m concerned about. So, if we can’t present an alternative that’s compelling and empowers parents to make good decisions for their own kids, I think we’ve done a disservice to the moment that exists right now.

Second is a tendency to preach to the choir. I think the Leadership Institute does a great job of training people to not do this. We need to go out to non-traditional audiences, people who aren’t in the pews already, and bring them into the fold. And we’ve got an opportunity with the wide variety of issues to do that. We need to speak to people about what’s happening in their local communities.

A lot of apolitical people are fired up right now, and we should look for more opportunities to highlight the contrast between the bankrupt policies of the left and the policies on the right that advance freedom and prosperity.

What is an underutilized resource that we have as conservatives?

I think that conservatives should be proud to put bumper stickers on their cars and yard signs in their front yards and not be ashamed of those things.

We need to just embrace who we are and be willing to step out and say, “No, conservatives are not three-headed monsters. Just because I believe in school choice and believe in lower taxes doesn't make me a crazy person.” But too often I think we feel self-conscious because of the way that the mainstream media portrays issues, the way we are taught in our schools, the way that conservatives are portrayed in Hollywood.

It’s easy for us to feel like we are a silent minority. But we are really just a more silent majority.

The Leadership Institute believes that all politics are local. And LI, before anyone else, understood the importance of school board elections and city council races, mayoral races, state senate races, etc. More of these battles are happening at the local level, and so the Leadership Institute’s focus on training local leaders to step up and to serve in more of these important races is a massive comparative advantage and is of huge strategic importance to the conservative movement.

Those are reasons that I am a donor to the Leadership Institute as well.

What would you say to the people who feel apathetic about politics?

I think it’s easy to look around and be discouraged.

You look at inflation and prices soaring, and it hurts people at the gas pump and grocery stores. It especially hurts the people who are having a hard time making ends meet.

You look at a botched withdrawal in Afghanistan that was completely avoidable. You look at all the legislation being passed that contains hundreds of billions in wasteful spending, at critical race theory and transgender ideology permeating culture in schools and it's understandable for people to feel discouraged.

But then, on the other hand, you look at what happened in the Virginia gubernatorial race. One candidate said that parents should have a say in their children's education, that you shouldn't have to wait for hours in line at the DMV, and that decisions shouldn't be made solely in Richmond.

This candidate won dramatically in a state that has not been trending in the right direction.

So, I think there's great reason to be encouraged by the fact that Americans are waking up. They don't believe in critical race theory. They believe that America is an exceptional nation and that our founders should be appreciated and revered.

We should expect great things in 2022, and I think at this point it's ours to lose.

And so, I hope that for those who have felt apathetic or discouraged in the past you can look at some of these things that have happened lately and get a bit more pep in your step and be encouraged because there are great reasons to be.

If Andrew’s words encouraged you to get involved in your local elections next year to send America back in the right direction, sign up for a Leadership Institute 2022 training. You’ll learn how you and your conservative community can make a difference.